WINNIPEG — Some residents of True North Square were evacuated after water flooded their apartments Monday night.

Lauren Saunders, a resident of True North Square, said she was in her living room Monday evening when she heard a ticking sound.

“When I stood up from where I was, I stepped in a giant puddle of water,” Saunders told CTV News. “Then I noticed the whole wall of windows had water coming down them, and then there was just water flooding the entire floor.”

Saunders said she went to unplug anything electrical and lift all her belongings off the floor.

“Turns out it was worse than what I thought it was,” Saunders said.

She said she and her roommate were told to evacuate, and had some time to pack up some things and get out. She said as they were leaving, water was dripping down through the staircase and the railing was covered in ice. 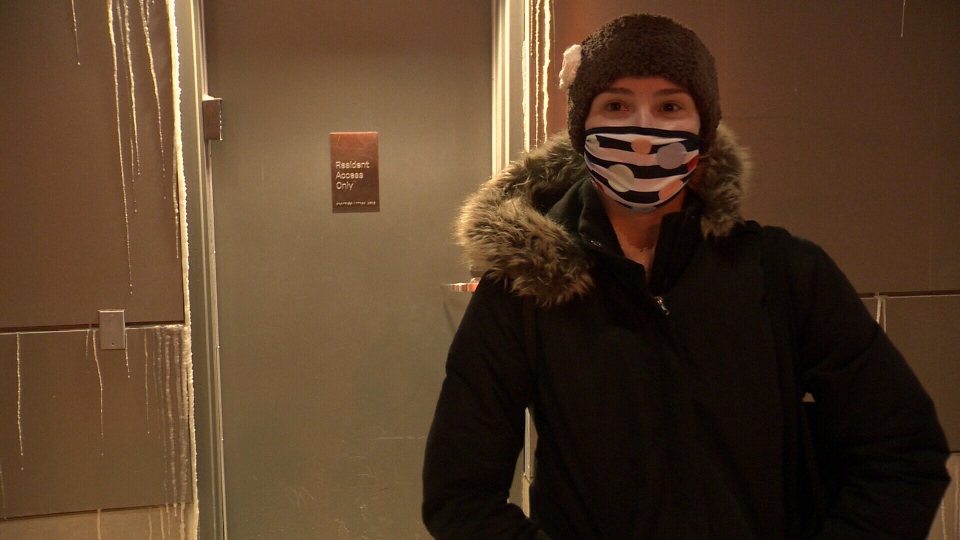 Water was seen seeping from the outside of the building and forming puddles in the stairway and lobby.

A spokesperson for the Winnipeg Fire Paramedic Service told CTV News that crews were called to a high-rise building in the 200 block of Carlton Street at 6:38 p.m. and then again at 7:12 p.m. for reports of an activated fire alarm.

“WFPS crews responded, investigated, and determined there was no risk present for building occupants,” the spokesperson told CTV News.

The spokesperson said residents have since been able to return to the building, and fire crews turned the incident over to the building’s management.