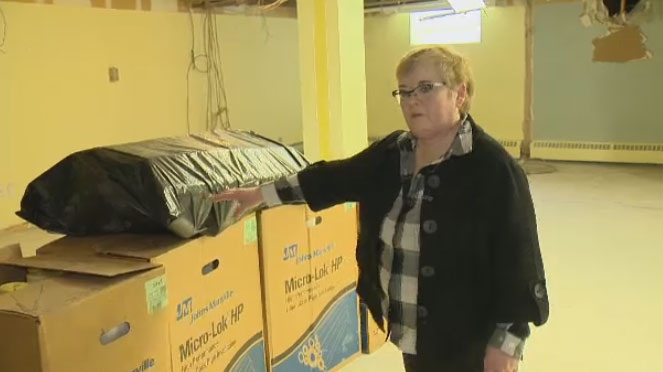 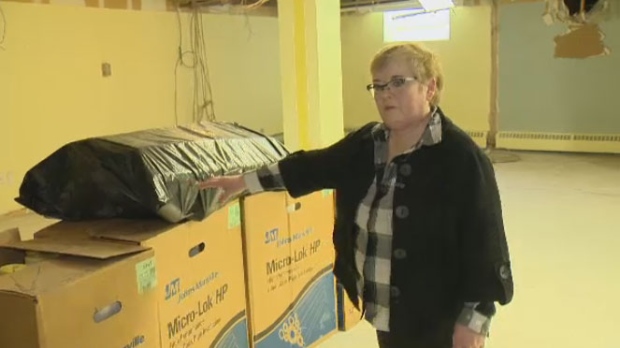 The basement of Augustine United Church in the heart of Osborne Village may not seem like much right now, but it will soon be bustling much like it is upstairs where Oak Table is found.

Since 1981, the outreach group has been lending a helping hand to Winnipeg’s most vulnerable.

“When we started out it was a place where people could come have a cup of coffee, maybe there might some cookies or something like that, but it was a place for people to come and visit,” said Beverley Ridd, who has been a volunteer with Oak Table since it first began.

Oak Table has operated out of different areas of Augustine United Church in its nearly 40 years, and a planned expansion is highly anticipated.

Ridd has been around to see it all and said there have been major changes over the years, with more to come in the new year.

Executive director Glynis Quinn said part of the expansion will include a bathroom at the front door where people can stop in during their off hours, and another in the back.

“The universal bathroom in the back will also have laundry, and it will have showers as well,” said Quinn.

In total, six bathrooms and two showers will be available and equipped for people of all abilities.

Currently, Oak Table has bathrooms for its guests during drop in hours, but nowhere for people to clean up.

“They’re basic human rights,” said Quinn. “People feel much better about themselves if they feel good about what they look like and who they are.”

End Homelessness Winnipeg said there aren’t many options right now for those in the Village and this expansion will fill a much needed gap.

“If you’re homeless on the street, you can’t just walk into a restaurant, business because often they won’t allow you to use the restroom facilities there,” said Lucille Bruce, CEO of End Homelessness Winnipeg.

Oak Table’s expansion will also include a brand new kitchen and dining area where guests will be served food. The non-profit said they are moving from a table that seated around 12 to ones that seat four, to give clients an opportunity to engage and make friends with one another.

There will also be added space where people can do art, receive healthcare, and use computers. There will also be an area, currently referred to as ‘the bunker,’ where guests will be able to get hygiene products in a more dignified way.

This expands on services already offered by Oak Table, but in a space it can truly call its own.

‘See, if you have more space, you can do more things, and you can have things that people otherwise can’t,” said Ridd.

The massive renovation is scheduled to get underway in January and is expected to be complete by the end of April.

Oak Table is a partner with Augustine Centre, a partnership made up of four organizations. Oak Table’s expansion is part of a larger revitalization project at the church, which will also include a daycare, dance studio, and church sanctuary.

Oak Table is currently open Monday to Thursday from 12:30 to 3 p.m. Quinn hopes they’ll be able to expand their hours following the completion of the renovation.