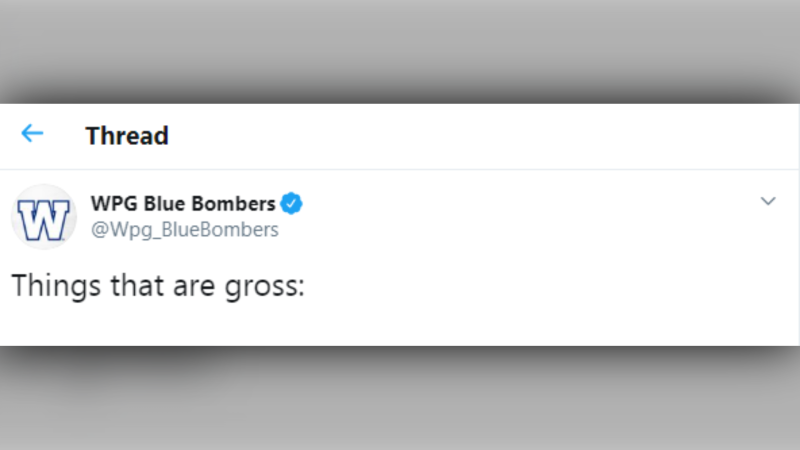 REGINA — When the Saskatchewan Roughriders and Winnipeg Blue Bombers face off, there’s always some trash talk, but the Bombers seemed to strike a nerve with Rider fans thanks to a pregame tweet Saturday.

Taking aim at the colour green and Mosaic Stadium, Rider fans weren’t having it, as replies blew up ahead of the third rematch this season between the two rivals.

“Don’t be classless and predictable, your own fans didn’t even engage,” one reply read.

“If only you guys played football as well as you chirped,” said another.

Even some Winnipeg fans said the toilet-themed shot at Mosaic Stadium went too far, given that it’s set to host another Winnipeg team for the NHL Heritage Classic.

Even Saskatchewan premier Scott Moe came to the defense of the green and white.