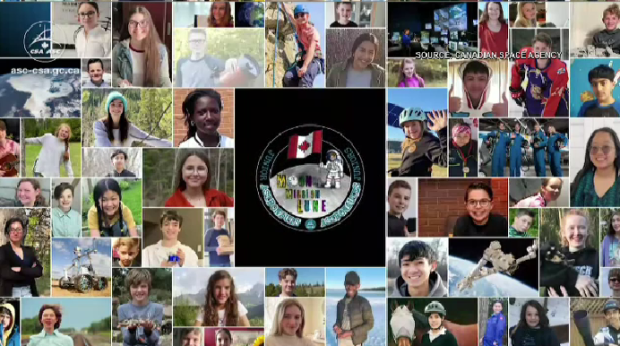 They were selected from about 10,000 applicants to join the program.

The space enthusiasts will join astronauts, engineers and scientists virtually from the space agency for an exciting week of training.

The prospective young astronauts will learn what it takes physically and mentally to get to outer space and will even get to operate a real rover during a simulated mission.

“It was crazy, I never thought it would happen,” said Annabella LaForte, one of the chosen applicants. “I’ve always been so interested in space and STEM so I thought this would be a great opportunity for me.”

The application process included submitting videos and undertaking a number of activities in the STEM (Science, Technology, Engineering, Math) fields. For LaForte one of those were tracking her food intake for a week and reporting on it.

For Ethan Sahagun, another one of the successful space program candidates, it was a simulation of diplomatic relations between countries on space programs.

His interest in space was born from a trip to the Manitoba Museum back when he was grade four or five.

“There was a moon rock there and I remember I looked at it and thought, ‘Whoa, how did they get this?’” said Sahagun. “I looked more into it and surfed the web and it just carried on until now.”

For both Sahagun and Laforte the opportunity to meet the other 51 participants and training alongside Canadian astronauts is what they are most excited about.

The junior astronauts also hope the camp serves as a launching pad for a career with the space agency.

“Yeah, totally. I want to go to space and explore,” said Sahagun.

“Everybody wants to go to Mars, but there’s so much more to learn, that we still need to learn, about the moon and I thought it would be really cool to be the first woman there,” said Laforte.