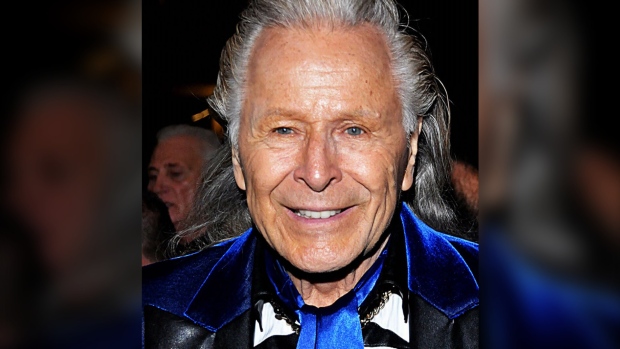 WINNIPEG — A group of Winnipeggers is calling on Canada’s justice minister to weigh in on the bail hearing of former fashion mogul Peter Nygard, who is waiting behind bars to hear if he will be granted bail.

A group called ‘Times Up Nygard’ protested outside the Manitoba Law Courts building on Wednesday afternoon. The group is protesting Nygard’s bid for bail, and has launched a petition calling on the federal minister of Justice David Lametti to make a recommendation in the hearing.

“We think that it would be a very bad idea to give Mr. Nygard bail because we think he will not stick around,” said Julie Guard, one of the protest’s organizers.

“We’re doing our best to draw attention to this issue.”

Nygard, 79, has been in custody since mid-December after he was arrested under the Extradition Act. He is facing charges, including sex trafficking, in the United States.

The indictment alleges Nygard used force, fraud, and coercion to entice and recruit dozens of women and girls to have paid sex with himself and others.

The allegations have not been proven in court.

Nygard’s lawyers have been arguing for bail for his release prior to an extradition hearing.

Queen’s Bench Justice Shawn Greenberg had reserved a decision until Feb. 5, though the court was told a ruling could come earlier.

The ‘Times Up Nygard’ group said it was rotating teams of fewer than five people, and will be following all health and safety standards.

“Only five of us can be here,” said Guard. “Unfortunately, we can’t get a big crowd out, but we hope that the message gets out strong and clear.”

– With files from CTV’s Josh Crabb