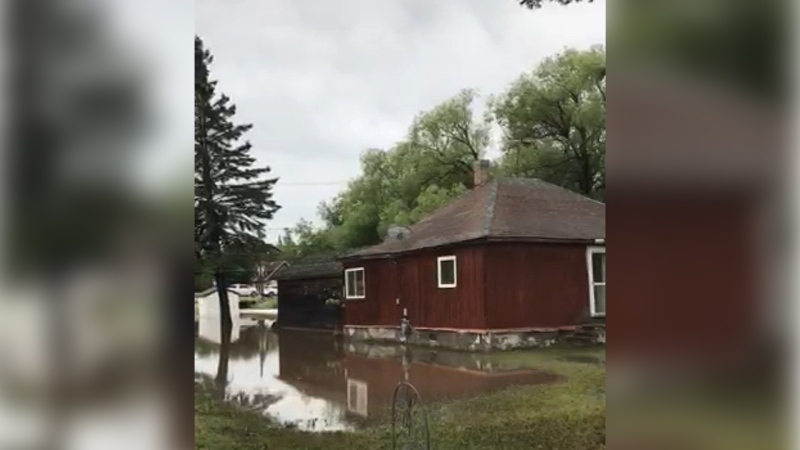 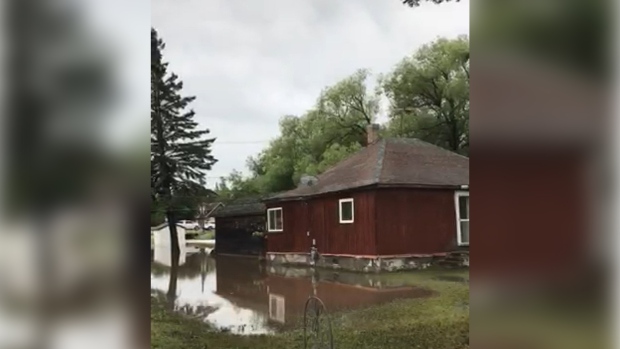 WINNIPEG — After torrential rain caused flooding and forced the evacuation of 24 people, Minnedosa said it is bracing for more rain.

The Town of Minnedosa was one of the many communities in southwestern Manitoba that was hit by a severe storm Sunday night. Environment and Climate Change Canada (ECCC) said Brandon to Minnedosa received up to 150 mm of rain in some areas.

On Monday evening, the province closed Highway 262, three kilometres south of Clanwilliam, for bridge repairs due to a washout.

“We’ve had substantial rainfalls,” said Minnedosa CAO Cindy Marzoff on Monday, as the town began to process of cleaning up the damage caused by the storm.

In total, 24 people were evacuated from their homes. Marzoff said all of them have since been able to return.

She said the while she can’t say if more evacuations will be necessary, the town is prepared.

“We are expecting more rain, so we have everybody put in place regarding fire departments and we have evacuations centres put in place, so everybody is ready to go,” she said.

“Hopefully we don’t have to utilize it, but we have everything put in place and we are expecting substantial rainfall, so we are bracing for that right now.”

Marzoff said the members of the town’s essential services and Emergency Measures Operations team met via teleconference with the province and public health officials to discuss the ongoing clean-up efforts.

Despite many communities declaring local states of emergencies due to the storm, Marzoff said the Town of Minnedosa has not taken that step yet.

“We didn’t want to jump the gun and be preliminary,” she said. “We’re waiting to see what tonight will hold in place, but at this point, we haven’t declared a state of emergency.”

She thanked the residents and volunteers for their help with sandbagging efforts and reminded them to stay away from high water.

“Be very cautious, be very aware of their surroundings,” she said.