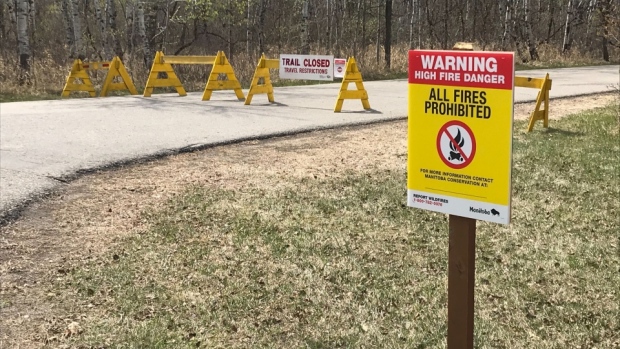 WINNIPEG — It is good news for outdoor enthusiasts once again as all trails are now open in Manitoba’s provincial parks.

The province has lifted all fire and backcountry travel restrictions.

The backcountry ban had put a damper on outdoor activities as a lack of precipitation had resulted in tinder-dry conditions in much of the province.

Now the province is reminding park users to be careful when having a campfire and to only do so in approved fire pits in campsites and picnic areas. Fires should never be left unattended and should be fully extinguished before leaving. This can be done by dousing the fire with water, stirring the embers, and repeating the process until the remains are cold.

There is an active wildfire along the western edge of Whiteshell Provincial Park, south of Seven Sisters Falls. The province said people in the area of the Winnipeg River and PR 307 can expect to see some smoke, depending on the wind.

The fire and travel restrictions were put in place earlier this month due to the extreme fire risk. The closures included trails in parks close to Winnipeg like Beaudry and Birds Hill.

The closures also coincided with the opening of many provincial parks for the season, disappointing many early-season campers.

With files from CTV’s Josh Crabb