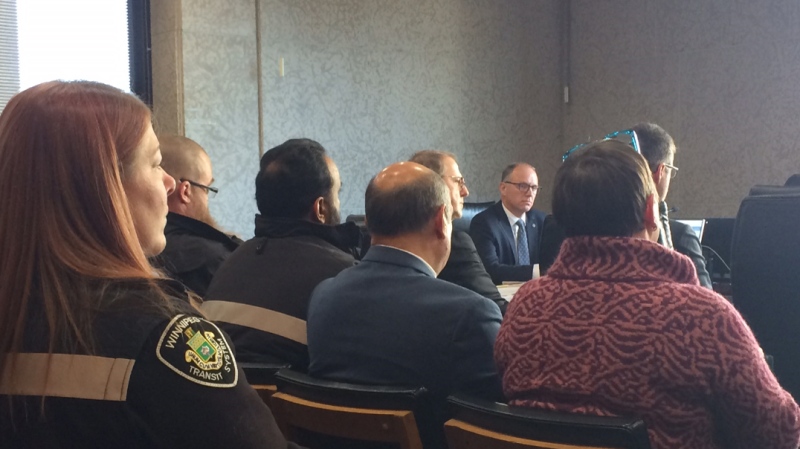 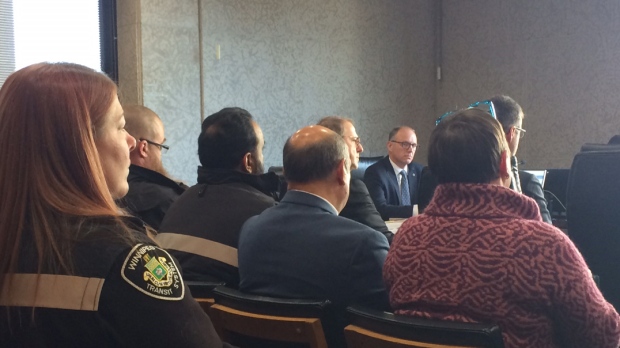 The union’s president Aleem Chaudhary suggested to reporters outside the meeting that management is trying to keep the problem of assaults on buses under wraps.

“It’s all about the numbers as far as I see it,” said Chaudhary. “They try to decrease the numbers, how serious the assaults are and how many assaults take place. They’re trying to minimize. That’s what I see.”

He said up to 35 incidents of assault have gone unreported this year and said operators making reports feel they take the blame for what happens.

“The first question they get asked is, ‘Ok, what did you say, what did you do wrong,’” said Chaudhary. “That is the first statement out of any supervisors mouth, so, how do you think the operators feel?

“They feel intimidated, they feel like they’re being disrespected and they’re not believed.”

Transit director Greg Ewankiw said that’s not the case and that no one’s discouraging drivers from coming forward.

“We have policies in place that are there to assist operators when they have undesirable behaviour on the bus or challenges. At the end of the day we want them to be able to go home safe to their family,” Ewankiw told reporters. “We have a process in place in which we ask drivers to report all assaults. We have bulletins that go out, we have conversations with the operators themselves — the supervisors do.”

Assault reports are being reviewed, in agreement with the transit union, by an independent adjudicator, Ewankiw said, to look at whether policy was followed and if the incident was avoidable or unavoidable.

“All in an effort to help educate the operator around disengagement and avoidance techniques,” said Ewankiw. “We do have opportunity to coach and re-instruct operators to ensure that best practices are being put into place so that they’re not jeopardizing their own safety.

“Performance management measures can be taken in certain situations where it’s needed. It’s certainly not an area in which we want to go because at the end of the day we want to make sure drivers are safe.”

Ewankiw said it’s important the union, drivers and management understand why assaults are happening and put strategies in place to assist operators.

“It’s not blame,” said Ewankiw. “It’s an effort in education around ensuring they go home safe at the end of the day.

“At the end of the day, most certainly, the operator is the final determining factor on a report being made.”

Chaudhary said he’d like to see a $7.9 million surplus reported by Winnipeg Transit put toward shields on buses to protect operators.

“As far as the union opinion went, I told them right off the bat go for it,” said Chaudhary. “It will save at least 50 per cent of the assaults, in my opinion.

“Being spit at or as people are walking off, taking a little shot at the bus driver, those will be eliminated because it will make it difficult for them.”

The finance committee meeting heard a survey of drivers has been completed following a pilot project on shields and a report will be coming forward from Winnipeg Transit containing the results of the survey.

As for what to do with the $7.9 million, finance committee chair Scott Gillingham said that’s something that will be dealt with during City of Winnipeg budget discussions.

Transit said the surplus wasn’t expected and is due to a 25 cent fare increase, as well as ridership remaining steady so far in 2018 despite budget forecasts ridership would decline this year — a trend the meeting heard had been expected not only in Winnipeg but across the country.

The union, in the meantime, is set to begin contract negotiations with the city and Chaudhary said members may be willing to take action if necessary.

“I think we can look at a strike if we need to,” he said.