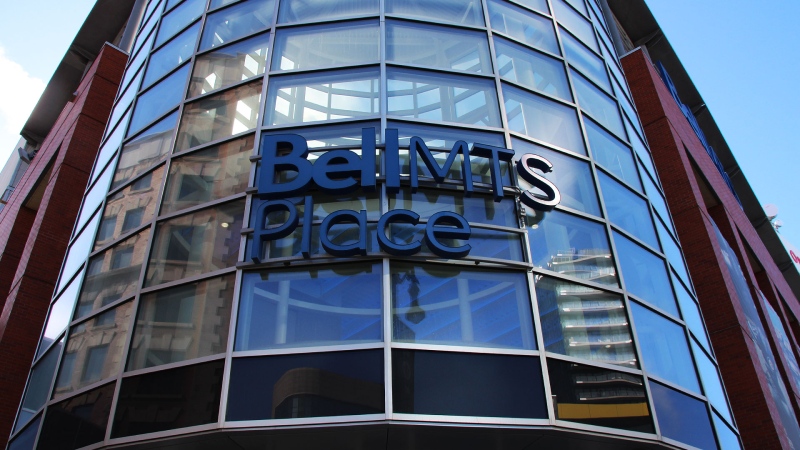 WINNIPEG — Casual and part-time employees with True North Sports and Entertainment will be compensated despite games and events being cancelled and postponed.

True North initially said staff would only be paid for events that had happened, meaning some staff members could be without paychecks for months. On Sunday night, True North sent an email to its casual and part-time employees, apologizing for any concern that its original position may have caused.

“As a follow up to [Saturday’s] communication, we wish to share with you [Sunday], that regardless of whether we resume play in either the NHL or AHL, True North casual and part-time employees will be paid in full for all remaining Winnipeg Jets and Manitoba Moose home games through to the end of March 31, 2020 — as though the games occurred,” read the email, which was obtained by CTV News.

The email went on to say this includes all lost wages for events and programming through to the end of March scheduled at Bell MTS Place, Burton Cummings Theatre, Bell MTS Iceplex, Jets Gear, and the True North Youth Foundation.

True North said this payment is for games and venue programming in March as if they had taken place. It said in the event those games are played, or programming resumes, staff will be compensated for that work at that time, as well.

True North said it remains hopeful that the four remaining NHL home games can be played. 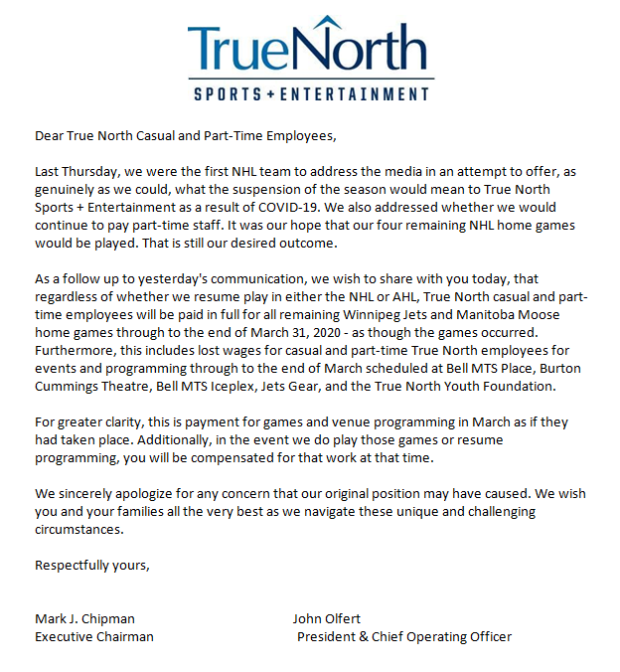