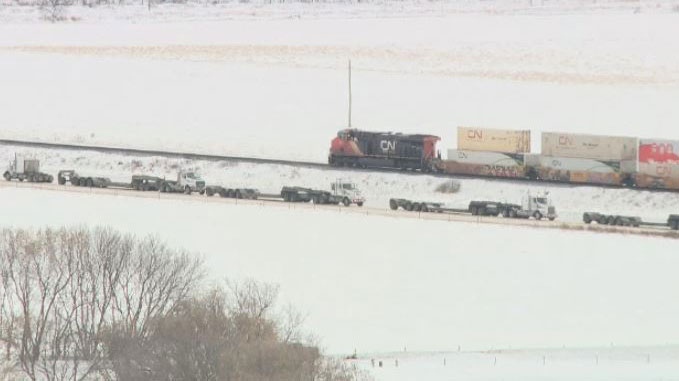 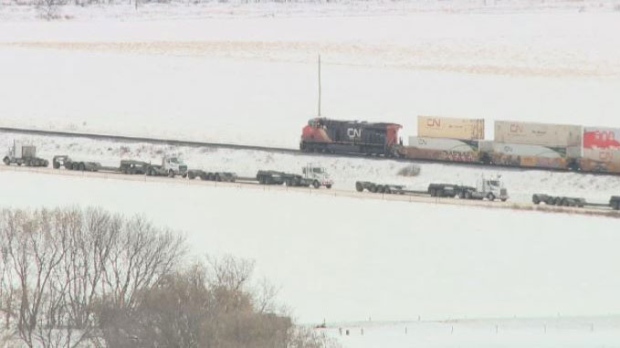 WINNIPEG — Investigators have reduced their tally of how much oil spilled when a Canadian National freight train derailed last month on a western Manitoba ranch.

Earlier this month, the Transportation Safety Board said at least one million litres of petroleum crude was released Feb. 16 when 37 tanker cars went off the tracks near the small community of St. Lazare.

On Friday, the board revised that number down to 820,000 litres.

Investigators say the oil spilled from at least 14 of the derailed tanker cars and most of the crude was contained in a low-lying area near the tracks.

The board says it has finished its work at the site and seven of the damaged tanker cars will undergo further analysis, including a review of some parts by its engineering lab in Ottawa.

The train, with 108 petroleum crude oil cars, was heading east in the early morning at an estimated 79 km/h when an emergency brake was applied.

There were no injuries and no fire. No people in the area had to leave their homes.