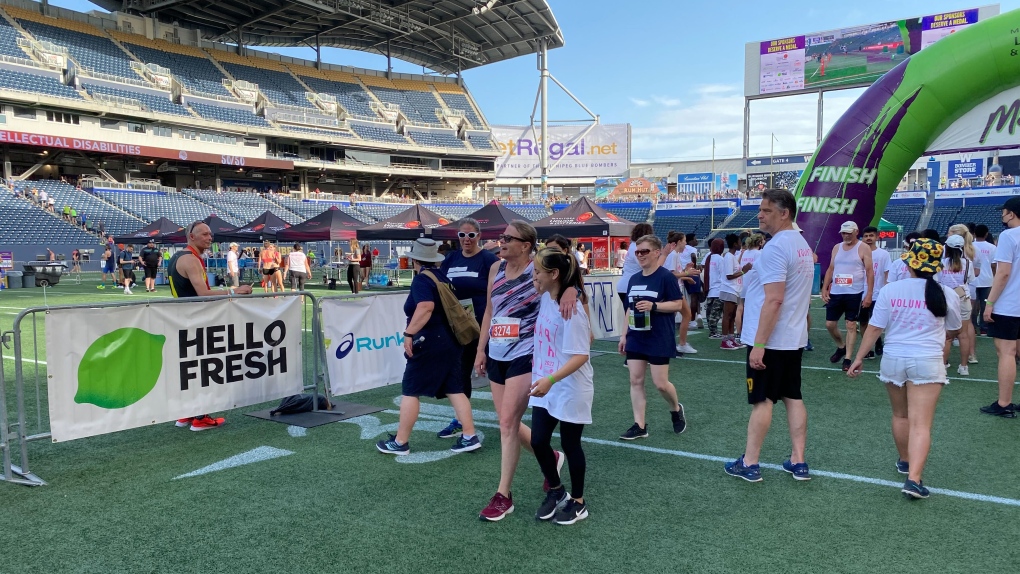 The Manitoba Marathon has been cancelled and runners are being asked to turn around due to the sweltering heat.

Marathon organizers onsite confirmed the marathon had been cancelled as of 8 a.m. this morning. Runners were being asked to turn around and head back to IG Field. It was a decision made by Manitoba Marathon medical team and marathon executive director Rachel Munday.

“We started the race, everything was great, but it very quickly accelerated and got warm very fast,” Munday told CTV News Sunday morning. She said shortly after 8 a.m., temperatures rose above 30 C.

The Winnipeg Fire Paramedic Service assessed four marathon participants Sunday, including two people who were transported to the hospital.

“At that point, we knew protocol dictated that even if the fittest runner shouldn’t be running a full marathon distance at 31.7 C,” she said.

It comes as parts of the province deal with an extreme heat wave.

The City of Winnipeg, along with the rest of southern Manitoba, is under a heat warning from Environment and Climate Change Canada. The warning says the hottest temperatures will BE felt Sunday, with daytime highs hitting the mid to upper 30s, with humidex values over 40.

“Along with the heat, very humid conditions will also develop for many areas today. Dew point temperatures in the upper teens or low twenties will combine with the heat to produce humidex values in the 40 to 45 range today,” the warning reads.

“In Winnipeg, where the Manitoba Marathon is scheduled to take place today, humidex values will likely climb into the 35 to 40 range by 10 AM and could exceed 40 by noon.”

The ECCC warning said the ‘sweltering air mass’ will last into Monday.

Munday said despite the temperatures cutting the race short, it was an amazing day.

“It was very exciting to be here today, there was great energy at the start line, everybody was so happy to be back together again,” she said. “Even now, even with the closure, standing here on the field you can feel how excited people are to be able to be here together, so we can celebrate that and look forward to next year.”

-with files from CTV’s Zach Kitchen