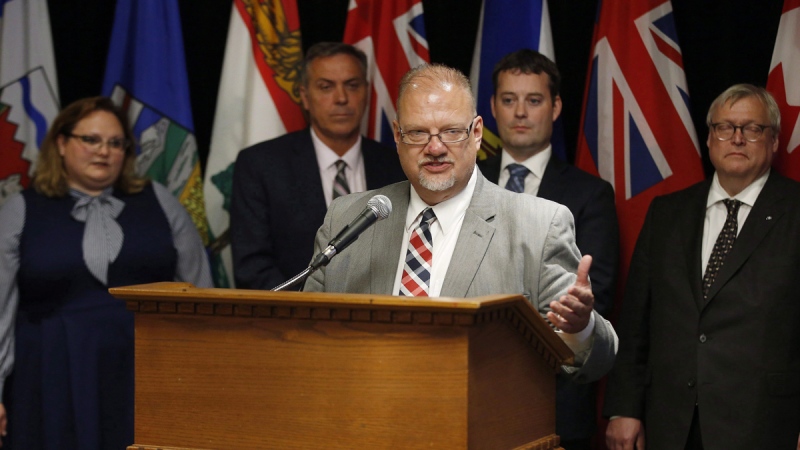 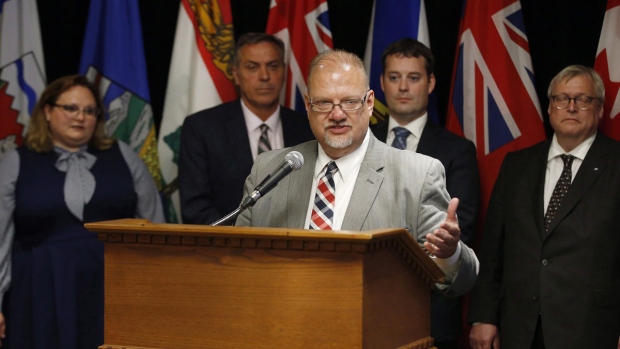 WINNIPEG – Manitoba Progressive Conservatives are accusing a union of breaking the spending limits for third parties in the provincial election, but the union says the accusation is false.

Kelvin Goertzen, a cabinet minister running for re-election in Steinbach, says Unifor has taken out at least seven billboards opposing the incumbent Tories, and has also produced brochures and bus-shelter ads.

Goertzen says he believes the cost of the union campaign exceeds the $25,000 spending limit under provincial law.

The Tories have filed a written complaint with the provincial elections commissioner, in which they ask that Unifor be forced to pull its ads and be barred from any further election advertising.

Unifor’s regional director for Manitoba and Saskatchewan, Paul McKie, says the union is well aware of the spending limit and its campaign is below it.

Goertzen said his party has researched the costs of billboards and other advertising, and Unifor’s campaign seems expensive.