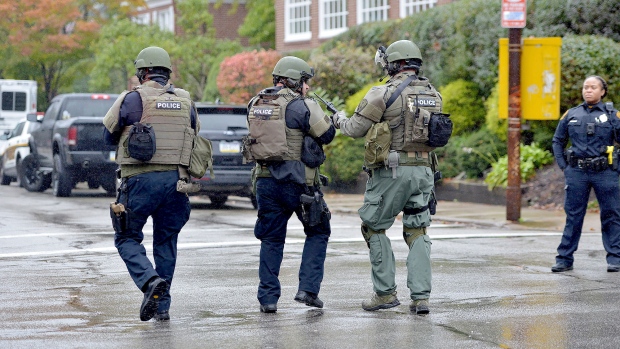 A vigil will be held on Tuesday at Congregation Shaarey Zedek after 11 people were killed during a shooting at a Pittsburgh synagogue.

On Saturday a gunman opened fire at the Tree of Life Synagogue and killed eight men and three women between the ages of 54 and 97.

Elaine Goldstine, CEO of the Jewish Federation of Winnipeg, said in a news release that law enforcement has been vigilant and there is no reason to believe that Jewish communities in Canada are under any heightened threat.

She noted the Winnipeg Police Service has increased their patrolling by the Asper Jewish Community Campus as well as other Jewish Institutions in Winnipeg.

“Our community is resilient. In response to hate, we will continue to live our lives as Canadian Jews who proudly contribute to our shared society,” she said in the release.

“We will continue to congregate and engage in communal activities with pride and resolve.”

The vigil begins at 7 p.m. at the synagogue located on Wellington Crescent.