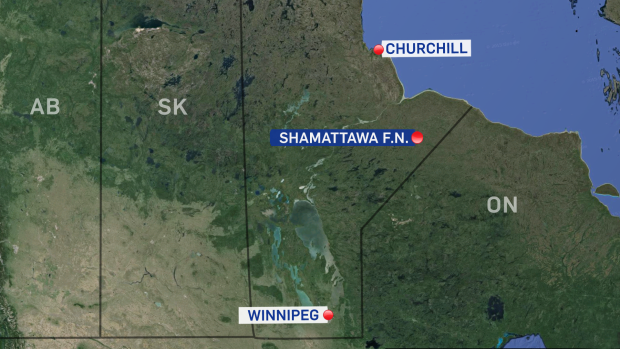 WINNIPEG — The Chief of Shamattawa First Nation in northern Manitoba has declared a state of emergency following a recent suicide in the community and a subsequent suicide attempt by a child.

“We are currently facing a suicide crisis in our community. We are calling for mental wellness supports for our community members at this time,” Shamattawa Chief Eric Redhead said in a written statement released by Manitoba Keewatinowi Okimakanak (MKO).

During a media availability on Tuesday, Redhead said there have been a number of suicide attempts in recent months, but two recent serious incidents prompted the state of emergency.

He said a mother of four – his sister and only sibling – died by suicide on May 9.

He added a seven-year-old child living in the community attempted suicide on Monday, and is now hospitalized and unresponsive. He said the child is not related to his sister.

Redhead said he is concerned about the potential for additional suicides following the two instances.

“When we have one, we often see copycats or a domino effect, and we’re concerned about that,” he said.

“We really try to build our health programs around prevention,” Redhead said.

Mobile MKO crisis teams, along with the Keewatin Tribal Council are on their way to the community located about 350 kilometres southeast of Churchill.

MKO said the Shamattawa First Nation has also reached out to Health Canada for more support.

“We need the crisis response teams and the medical professionals on the ground to help the affected through this whole process and to ensure they can flag anyone who might be suicidal or have (suicidal) ideation,” Redhead said.

Redhead said the community is calling for outside help because the local health team is fatigued.

“That overlapping grief for our service providers at the local level is overwhelming.”

“Mental and emotional health is an issue that we need to address, because the youth in our communities are suffering, and they have no one to reach out to,” he said. “I think this pandemic has really shown how deficient we are when it comes to mental health and emotional wellness.

“We need to do something very substantial, because time is of the essence when dealing with this crisis.”

Redhead said he wants to see substantial action from the federal government.

“We continue to have conversations with the feds, and it’s always fluff, it’s always, ‘we’re here, we’ll do what we can.’ But, until I see boots on the ground, I will not be satisfied.”

More supports for mental health in Manitoba can be found online. LINK: https://www.gov.mb.ca/health/mh/crisis.html