WINNIPEG — Normally, close to 4,000 Manitobans gather on Nov. 11 in Brandon to remember the sacrifices of veterans and the price they paid for the freedom of Canadians.

This year, though there were no large gatherings due to the COVID-19 pandemic, the message was clear – ‘We can and will remember.’

“This may be the year of the pandemic but whether as part of this gathering or at home, we can and will remember our veterans,” said Cindy Stumme, the president of the legion branch.

“Even though our ability to gather has been restricted, the reverence we pay Canada’s veterans remains the same. We are thankful for their sacrifices and will never forget their gift of freedom.” 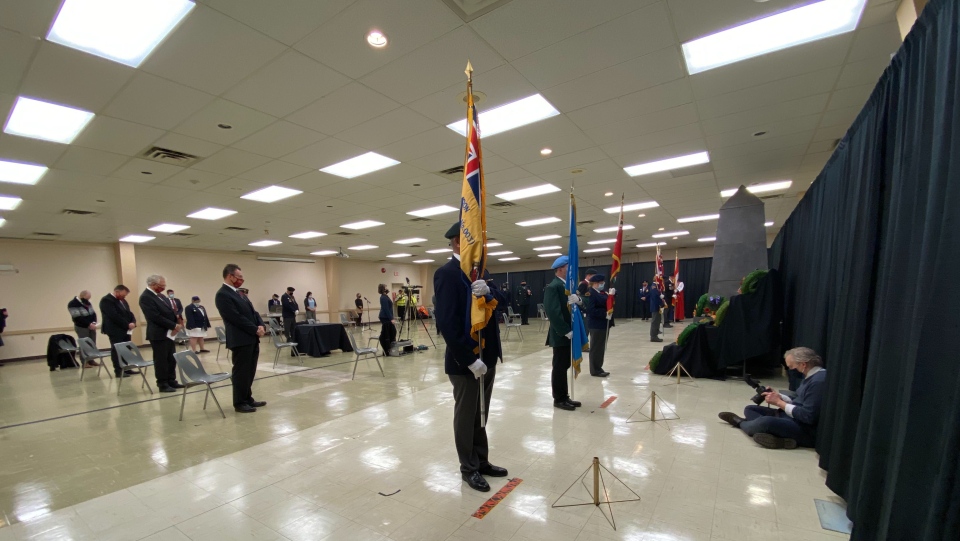 Stumme said aside from the pandemic, it is a special year of Remembrance. It is the 75th anniversary of the end of the Second World War, where more than one million Canadians served, and more than 45,000 died.

This year also marks the 80th anniversary of the Battle of Britain, where 100 Canadian pilots helped to defend the skies over Britain and help the war effort on the ground.

Brittany Thomson, whose husband serves in the Canadian Military, spoke at the ceremony as she recalled a trip she took to Europe to visit Normandy and Omaha Beach.

“I am not sure anyone can fully understand what happened there unless they themselves were there on June 6, 1944,” she said, adding while both she and her husband have made sacrifices for Canada, it does not compare to the sacrifices made by veterans during the wars.

‘Thinking of this, I am immediately humbled, knowing that surely I can keep going. That I owe it to those who have served and have gone before us. To those who gave more, cried more, struggled more, fought more, lost more, and suffered more. Perhaps continuing on is the gift I can give back to those who sacrificed.”

Though she was not able to attend the ceremony, Brandon resident Wendy Boyd was still able to pay tribute to veterans.

Boyd, whose uncle served in the war, painted 21 rocks symbolizing the 21-gun salute, each adorned with red poppies and crosses with the words ‘Lest we forget.’ 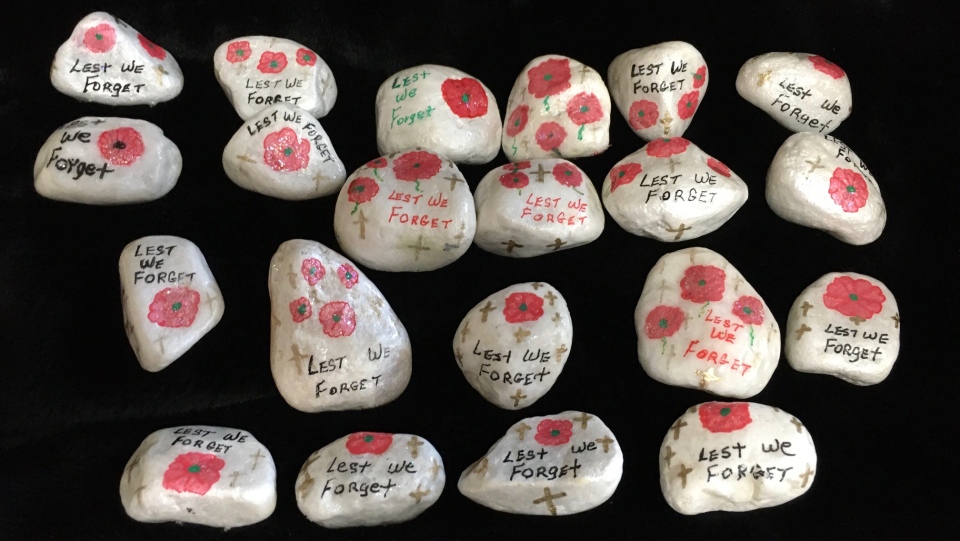 “It just keeps you thinking of them,” Boyd said.

Those attending the ceremony were able to take one rock home. Boyd said she was humbled to have them included in the ceremony.

Following the ceremony, those in attendance had the opportunity to pin their poppies to the wreaths as a symbol and a pledge to never forget, Stumme said.