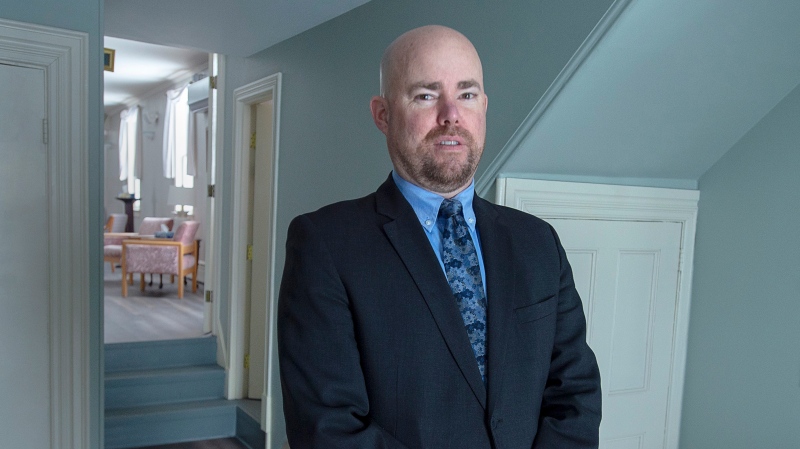 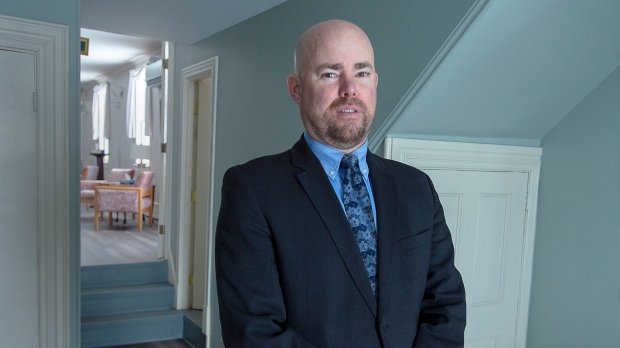 A funeral for Paula Lockhart was held in Kentville, N.S., last week, after the 55-year-old passed away following a long battle with cancer. For Paula’s son Keith, it wasn’t the service he expected.

Most of his mother’s wide circle of friends, and some relatives living out of the country, were unable to attend due to restrictions on group gatherings, instead watching remotely by livestream.

The few dozen in attendance were seated six feet apart. There were no hugs during or after the service. It was difficult for Lockhart to see his grandmother seated across the room without a comforting hand within reach.

“It was good for her to be there, but it was hard to watch because no parent should outlive their child,” Lockhart said by phone from his home in Ottawa.

“It was kind of hard not to be able to comfort her during the service.”

The global COVID-19 pandemic has disrupted the grieving process for many across Canada. Those grappling with losing a loved one are also contending with travel restrictions, isolation and limits on gatherings keeping them apart from family and friends when they need them most.

A mid-March service at a St. John’s, N.L., funeral home was later linked to more than half of the province’s known cases of COVID-19, illustrating the ease in which the virus can spread in such settings.

But religious leaders, family members and funeral directors say it’s not easy to keep people separated when they are grieving.

Allan Cole, vice-president of the Funeral Service Association of Canada, said the pandemic has forced people to change the way they mourn.

“That’s a normal human comfort that all people experience, the comfort associated with a caring touch from loved ones. It’s difficult to somehow encourage people not to think that way at this particular moment,” said Cole.

“Even though we’re there to support one another, we have to adhere to the guidance of health-care professionals that say, ‘Don’t do that for now’. So a phone call from a loved one, an email, anything that takes the place of that touch is really the best we can do for now.”

Imam Hamid Slimi, who leads the Sayeda Khadija Centre in Mississauga, Ont., said he has not yet had to organize a funeral under the state of emergency, though any gatherings would be limited under Ontario’s measures.

If someone were to pass away from COVID-19, Slimi said, ritual washing of the body would have to be suspended and the person would be buried as received from the hospital.

“This is very difficult for the families but we have no other choice,” Slimi said in an email.

Those running services in Canada have also been looking to the tough circumstances faced by mourners in other parts of the world hit hard by outbreaks.

In Bergamo, the site of hundreds of deaths at the centre of Italy’s outbreak, sobering images last week showed military vehicles transporting bodies of those who succumbed to COVID-19 to another region, to be buried in the clothes they died in.

Bereavement workers have also been advocating for access to protective equipment. Alan MacLeod Jr., director of Ettinger Funeral Home in Shubenacadie, N.S., said he’d been struggling to place an order for gloves amid skyrocketing demand.

Ettinger said operators have been racing to keep up with changing regulations aimed at slowing the spread of COVID-19.

“We’re trying to be prepared to make do to help people through their bereavement,” MacLeod said. “This is unprecedented. So we’re doing what we can.”

Others have struggled with the painful experience of losing relatives while unable to travel across international borders.

Rabbi Hannah Dresner, who leads Or Shalom synagogue in Vancouver, saw both the limitations and possibilities offered by technology in such circumstances, after her husband Ross was forced to say goodbye to his Dallas-based sister over FaceTime.

The unpredictability of international travel meant he also had to deliver a eulogy through an iPad while the burial took place in Tulsa, Okla. He watched from Vancouver as a nephew shovelled dirt into the grave, an important element of the rituals around death in Judaism.

“That whole part of the process was extremely saddening and difficult and felt very, very isolating,” Dresner said from Vancouver.

But the isolation of the burial was reversed during a seven-day virtual shiva that Dresner arranged over Zoom, a teleconferencing app. Around 60 people participated each night, sharing memories of Alice during pauses in the service.

“We felt our home to be filled with loved ones who couldn’t or might not ordinarily have been able to attend,” Dresner said.

“The response was beautiful and I think (Ross) felt profoundly accompanied.”

– With files from Nicole Thompson in Toronto and The Associated Press

This report by The Canadian Press was first published March 29, 2020.