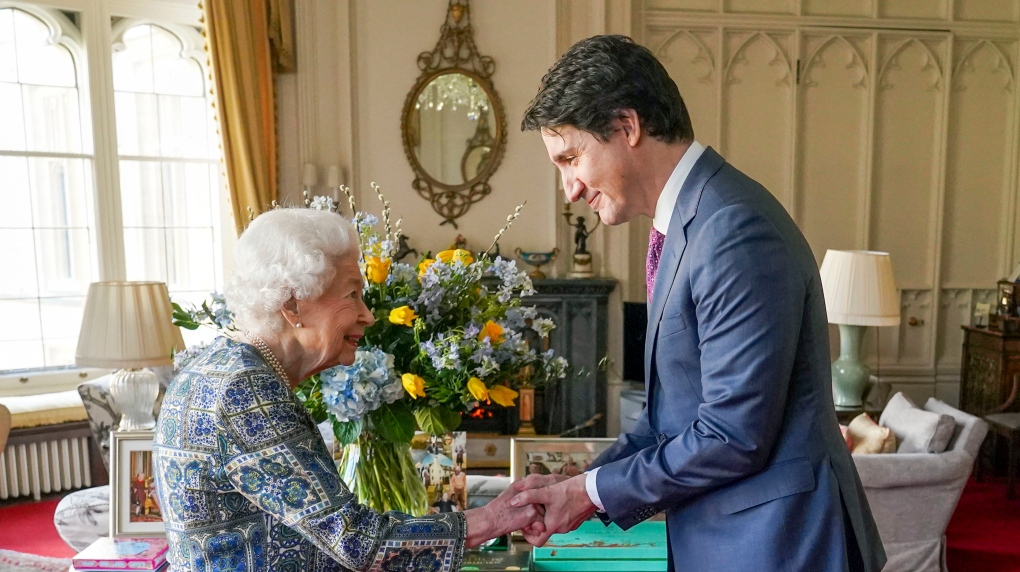 Queen Elizabeth II has died, after 70 years as Canada’s monarch. While it’s a solemn moment, preparations have been made discreetly behind the scenes for some time in Canada.

A significant event in Canada’s history, the occasion is monumental for both this country’s leaders and Canadians as it marks the end of the longest-reigning monarch in Commonwealth history, ushering in a new era with a King.

The Queen’s death sets off a chain of needed changes, from key oaths and titles, to Canadian stamps and currency, and prompts what’s set to be several days of mourning.

While federal departments have kept detailed plans close to their chests, CTVNews.ca breaks down what we know so far about the next steps, and explores both the ceremonial and constitutional elements that the government is expected to set in motion.

WHO IN CANADA WAS NOTIFIED FIRST?

In enacting what’s called “Operation London Bridge” – detailed, but delicate plans for contacting other countries in the Commonwealth and where the Queen is head of state — it’s expected that the governor general and the prime minister would have received a slightly advanced notice, or at least a heads-up that a significant announcement was imminent.

Gov. Gen. Mary Simon, the Queen’s representative in Canada has offered her “deepest condolences” saying Canadians across the country will mourn her loss.

The Interpretation Act states that, in the event of the death of the monarch, the governor general has to issue a formal proclamation to that effect.

Beyond this, Rideau Hall has been tight-lipped about what the governor general will do in the days to come.

They’ve also been hesitant to provide information about any other procedural elements the office would be involved with other than to say that Simon’s office has been working closely with the Privy Council, the Department of Canadian Heritage, and other relevant offices to make sure all appropriate measures are in place. Expect updates on this soon.

WILL THERE BE A MOURNING PERIOD?

Yes. In Canada there will likely be several days of mourning. Trudeau announced on Thursday the “coming days will be a period of mourning for Canadians, as it will be for all Commonwealth citizens.”

The prime minister said this period will end with a national day of mourning when a commemorative service is held to mark her passing.

Because it’s been seven decades since the last death of a monarch, some of the past rituals may be modernized for the Queen’s passing, but expect a similar chain of events similar to what happened with the 2021 death of Prince Philip, on a much grander scale.

During this time, all Canadian flags will be flown at half-mast on all federal buildings and establishments in Canada and abroad, including the Peace Tower, from the time of notification of death until sunset on the day of the funeral or the memorial service.

Expect to also see books of condolences placed in legislative buildings across the country and made available for Canadians to sign online. Public events or ceremonies involving government officials may also be postponed.

WHAT HAPPENS TO PARLIAMENT AND TOP OFFICIALS?

The length of adjournment could vary among the legislatures, according to CTV News’ Royal Commentator and former adviser to governors general Richard Berthelsen.

Had MPs been in Ottawa, the prime minister would typically present a motion expressing loyalty to the new monarch that would be expected to be backed by the opposition.

Notably, a changing head of state does not mean that Parliament would need to be dissolved or prorogued; it can continue under the current session.

According to House of Commons Speaker Anthony Rota, members of Parliament will not need to renew their oath of allegiance. “Provisions included in the Interpretation Act ensure that allegiance is automatically extended to our new sovereign,” Rota said.

“The Canadian political establishment will be seized with this issue… a lot of issues will kind of go by the wayside for a bit, and there will be political discussion about the institution,” Berthelsen said.

In terms of the Privy Council Office (PCO) — the central federal office that supports the prime minister and cabinet — there will be many moving parts as they adjust oaths and other key documentation from the Queen’s Privy Council to the King’s Privy Council, but that office has also kept tight-lipped about plans ahead of the death.

WILL THE QUEEN’S PORTRAITS BE REMOVED?

Yes, eventually. Because it’ll take time for new official portraits of the King to be printed and framed, Berthelsen said that it’s possible Canadian government offices and institutions that have portraits of the Queen hanging could drape them with black fabric or ribbon.

There’s also been discussion about certain federal officials and staff being required to wear black armbands during the mourning period, but officials wouldn’t comment to CTVNews.ca about these plans and whether there are stockpiles ready to go.

WHAT ABOUT OUR MONEY AND OTHER PAPERWORK?

Because the Queen’s name, image, and title are used on a daily basis, on everything from stamps and legal contracts to citizenship oaths and passports, governments will have to stop that “as quickly as possible,” Berthelsen said. Other places where wording changes can be expected are on the headings of government documents and the names of some military regiments.

It could take some time for all references to the Queen be spotted and replaced, however. One element that’s expected to see a more gradual transition is Canadian currency.

Queen Elizabeth is currently featured on the $20 bill, as well as on our coins, but over time they will need to change to feature a new portrait of the King.

“There is no need to replace circulation coins when Canada’s monarch changes. All coins issued by the Government of Canada maintain their legal tender status regardless of the crowning of a new monarch, so there will be no disruption to the coin supply once Queen Elizabeth is no longer sovereign,” Pascale Poulin, a public affairs co-ordinator with the Royal Canadian Mint, previously told CTVNews.ca in a statement.

“A transition to a new obverse (heads) side of our circulation coins will take place at the direction of the Government of Canada,” she said. It remains to be seen how long it would take for a new design to be approved and come into circulation.

Similarly, the Bank of Canada told CTNews.ca that it has no plans at this time to re-design the $20 bill.

“The current polymer $20 bank note will circulate for years to come, and when it is eventually redesigned, the $20 note will continue to feature the reigning monarch,” said spokesperson Alex Paterson in an email.

WHO WILL TRAVEL FOR THE FUNERAL?

While it’s expected that the prime minister and governor general would travel to the U.K. for the funeral, Berthelsen said representation from the Canadian Armed Forces as well as Canadians who had a personal relationship with the Queen is also expected.

“The 15 countries that she’s Queen of would definitely be represented in London at the highest level possible,” he said.

“I think the sheer weight of the moment… What does it mean for the future? It’s going to be a pretty big thing.”

(3269)
$12.79 (as of December 8, 2022 02:28 GMT -06:00 - More infoProduct prices and availability are accurate as of the date/time indicated and are subject to change. Any price and availability information displayed on [relevant Amazon Site(s), as applicable] at the time of purchase will apply to the purchase of this product.)

(89)
$385.00 (as of December 8, 2022 02:28 GMT -06:00 - More infoProduct prices and availability are accurate as of the date/time indicated and are subject to change. Any price and availability information displayed on [relevant Amazon Site(s), as applicable] at the time of purchase will apply to the purchase of this product.)

(17536)
$5.97 (as of December 8, 2022 02:28 GMT -06:00 - More infoProduct prices and availability are accurate as of the date/time indicated and are subject to change. Any price and availability information displayed on [relevant Amazon Site(s), as applicable] at the time of purchase will apply to the purchase of this product.)

(4114)
$18.99 (as of December 8, 2022 02:28 GMT -06:00 - More infoProduct prices and availability are accurate as of the date/time indicated and are subject to change. Any price and availability information displayed on [relevant Amazon Site(s), as applicable] at the time of purchase will apply to the purchase of this product.)

Things To Do While You Poo On The Loo: Activity Book With Funny Facts, Bathroom Jokes, Poop Puzzles, Sudoku & Much More. Perfect Gag Gift.

(5691)
$8.99 (as of December 8, 2022 02:28 GMT -06:00 - More infoProduct prices and availability are accurate as of the date/time indicated and are subject to change. Any price and availability information displayed on [relevant Amazon Site(s), as applicable] at the time of purchase will apply to the purchase of this product.)