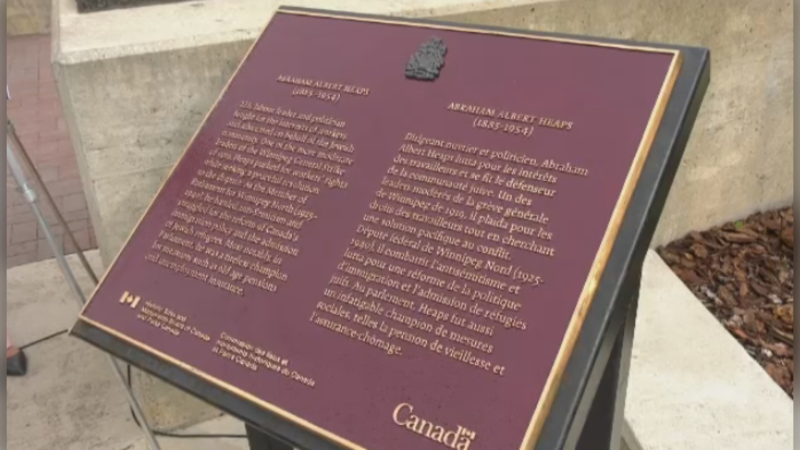 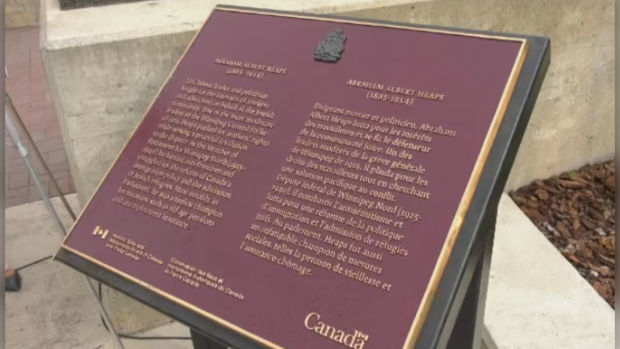 A plaque honouring the late A.A. Heaps was unveiled outside of Winnipeg’s city hall Thursday.

Heaps was both a labour leader and politician, who played a vital role in the resolution of the Winnipeg General Strike of 1919.

He was also instrumental in the creation of both old-age pensions and unemployment insurance in Canada.

“Those problems during the Winnipeg strike helped hone his belief that we needed to improve peoples’ quality of life in this country and that later on manifested itself when he worked with J.S. Woodsworth in bringing forth old-age security in this country and also employment insurance,” said his grandson Adrian Heaps.

The plaque was sponsored by the Historic Sites and Monuments Board of Canada.