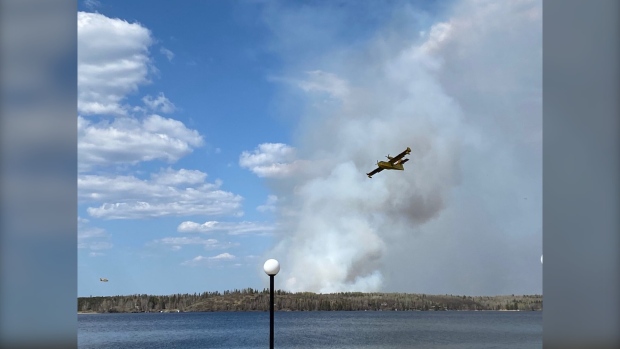 WINNIPEG — The Manitoba Wildfire Service is currently battling a wildfire in the south Whiteshell area.

As of 4 p.m. on Wednesday, the Manitoba government said a fire is burning in the area of Toniata, and the public is being told to avoid the area.

“Crews are battling a fire and need to keep roads clear and people safe,” the post reads.

A spokesperson for the province said fire crews from around the area are working on the blaze and water bombers from both Manitoba and Ontario are involved.

“The fire is approximately 30-40 ha (hectares) and the public is urged to stay away from the area,” the spokesperson said in an email CTV News.

They added that effort is being made to protect all buildings and structures.

Dry conditions have caused wildfires to burn in several parts of the province, including one in the RM of Piney.