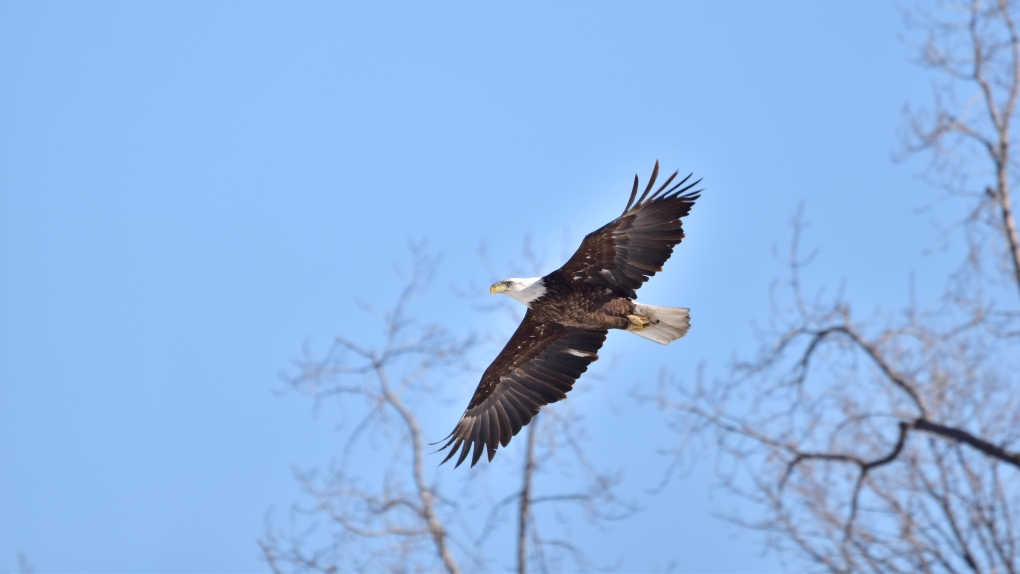 The Avian Influenza is creating some cause for concern as there have been two confirmed cases reported in the province.

One of those cases was a bald eagle that was brought into Wildlife Haven back on April 10. Zoe Nakata, executive director of Wildlife Haven, said if birds are to catch the influenza – which is known as HPAI – it can be a very catastrophic experience.

“If the animal is symptomatic, the mortality is between 80 and 100 per cent. So it is very severe,” said Nakata.

She said birds can also be asymptomatic which means they have the ability to spread the disease for a long period of time.

HPAI can spread a few different ways according to Nakata, including through feces, mucus and eating deceased animals.

She added waterfowl are birds that are most susceptible to HPAI, but as they die off they can be eaten by raptor birds such as eagles and hawks and now that is leading to more cases among those species throughout North America.

Due to the cases popping up in the province Nakata said there is an outbreak status in Manitoba.This means the Wildlife Haven is having to change some of their protocols.

“We are now in a state where we are mandated to have 30-day quarantines and quite extensive biosecurity protocols for each of those patients. So unfortunately, we don’t have the capacity to do that for every single species. There’s just some limitations based on square footage, based on capacity.”

She said because of this, they had to make the decision that some species will not be accepted to the facility based on the severity of transmissibility. This means for the near future, the Wildlife Haven will not be accepting waterfowl, gamebirds, shorebirds and corvids.

WHAT MANITOBANS CAN DO TO HELP PREVENT THE SPREAD OF HPAI

While the Wildlife Haven is taking steps to prevent the spread of HPAI, Nakata said Manitobans can play their part as well.

“If you spot any animal that you think is maybe sick, please give us a call…we will be able to screen with you on the phone and help you determine whether or not this animal needs help.”

She added human involved group feeding should also be put on pause during the outbreak, this includes birds eating from bird feeders. Nakata said people should take them down for the time being or be prepared to heavily clean them every 48 hours.

She said bird baths should also be put away to prevent birds from gathering as much as possible.

“Humans have a lot of negative impact when it comes to wildlife in general…if we can minimize human impact on wildlife I think it’s our duty to do that when we can.”

If people come across any sick, injured or orphaned wildlife, they are asked to call the Wildlife Hotline at 204-878-3740.