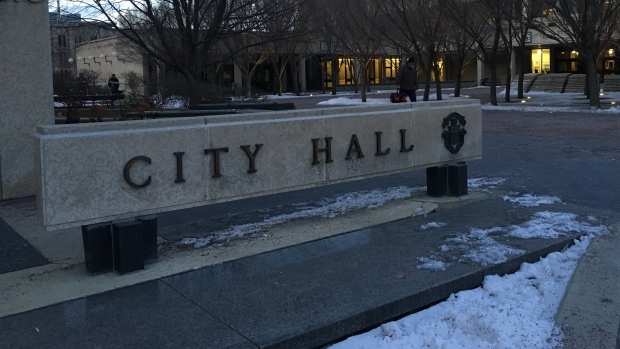 WINNIPEG — Winnipeg city councillors, along with some senior city staff, will undergo additional anti-racism training in the coming months.

Winnipeg Mayor Brian Bowman, along with Mike Ruta, the interim chief administrative officer, made the announcement during a city news conference Wednesday afternoon.

“Efforts at the City of Winnipeg continue to occur in our efforts to combat racism,” said Bowman. “As elected officials, I think it’s incredibly important to acknowledge that systemic racism exists at all levels of government, and (in) every department in those governments.”

The training will occur during Anti-Racism Week, which starts March 21. It is designed to expand on the city’s mandatory reconciliation training, and is part of the newcomer welcome and inclusion policy.

“We have to continue to combat racism in all of its forms,” Bowman said.

The city worked on the program with Laurelle Harris, a human rights lawyer who is also working on an investigation into racism allegations among city employees.

Ruta said the work is another step forward for the city.

“This is a process that not only starts today, but is a continuation,” he said. “So, it is a journey as I mentioned. It will take time to build this culture in our organization.”

Bowman said he is in support of the training.

“It is intended to make sure that the City of Winnipeg as a workplace is truly as inclusive at it can be,” he said.