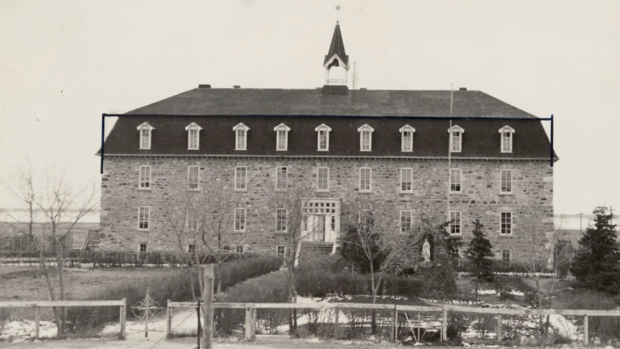 WINNIPEG — The federal NDP is calling on the Canadian government to recognize what happened in residential schools as an act of genocide.

“If we’re going to move forward, this truth needs to be told,” said Gazan. “That Canada and churches perpetrated genocide on Indigenous peoples, specifically children.”

It comes following the detection of the remains of children at a former residential school in Kamloops, B.C. which has been traumatizing and painful for many.

“As an intergenerational survivor, I suffered because of the lack of knowing how to be a parent … there’s a lot of things that were messed up in my life that I had to work on and heal from,” said Wayne Mason, executive director of Wa-Say Healing Centre in downtown Winnipeg.

He’s now the head of the healing centre which has been busy fielding calls from survivors, families and community members seeking support in the wake of the news out of Kamloops.

“People will start to talk about it and it’s going to be painful,” Mason said. “And that’s why we need our people—my staff—to be available.”

The government-sponsored, church-run institutions separated Indigenous children from their families, culture and language. They were abused physically and sexually and they died in numbers still not fully known.

Many are buried in cemeteries across Canada Indigenous communities are working to uncover.

“It’s time for them to address it for what it is. It is genocide—this is genocide,” said Grand Chief Garrison Settee of Manitoba Keewatinowi Okimakanak. “And they must admit it because there can be no reconciliation without their admission of that.”

A vote on Gazan’s motion is expected Thursday and needs unanimous support to pass.

She said there’s no legal definition in international law for cultural genocide, which is how the Truth and Reconciliation Commission described residential schools, and she said it’s time for the government to acknowledge the truth and provide justice to survivors.

While the pandemic has limited the ways in which they can help—his staff are still available to talk.

“There’s a lot of people who know about what happened when they were in residential school and they blocked it out,” said mason.