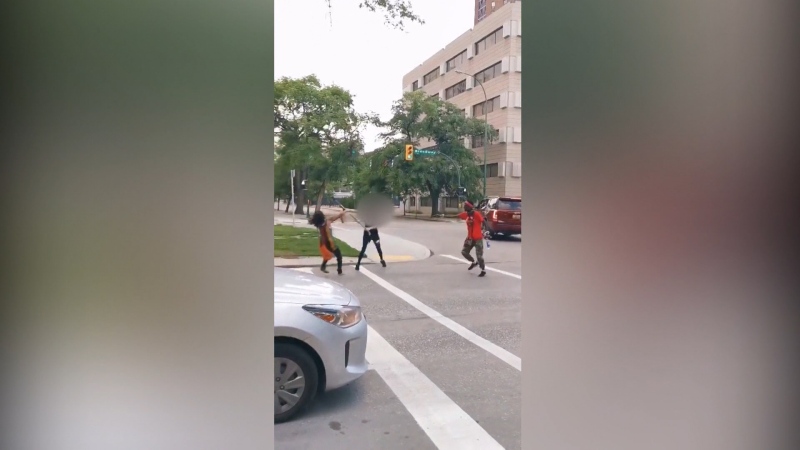 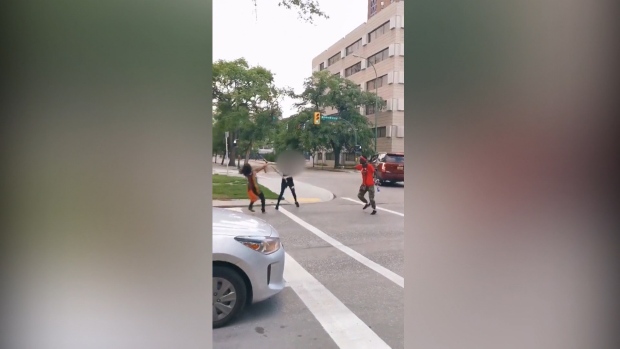 WINNIPEG — The Winnipeg Police Services’ major crimes unit is investigating after two protesters were attacked with a hockey stick at a Black and Indigenous Lives Matter rally over the weekend.

Video of the incident has been widely shared on social media. It shows several women getting out of a silver sedan on Broadway and Hargrave Streets Saturday. One of the women appears to pick up a hockey stick and strike two of the protesters.

“It was just a mix of anger, fear, and heartbreak. I couldn’t believe that somebody could do this to somebody so close to me,” said Jylah George-Marie Shallcross, rally organizer and co-founder of Justice 4 Black Lives. “This is the reason why we’re doing these protests.”

Shallcross organized the event called “Are you Listening Manitoba” to raise awareness about a petition that has more than 80 thousand signatures. It calls for an end to discrimination and for police to be defunded.

Protesters gathered at the Manitoba Legislature, before making their way along Broadway, where the assault happened.

Shallcross said she didn’t see the altercation, but spoke with the victims afterward.

“As far as I know they (protesters) were still peacefully protesting. They weren’t causing any violent public disturbance,” said Shallcross.

According to Shallcross, one of the protesters seen in the video decided to lie down on the street and disrupt traffic in an act of protest. Passengers inside the vehicle became angry and made racist remarks. The altercation then escalated and two protesters were struck with the hockey stick.

A second video appears to show the aftermath of the assault. One of the protesters, who Shallcross described as a good friend, can be seen bleeding profusely.

Winnipeg police said they responded to the assault around 8 p.m. Saturday and found two victims.

Police are asking witnesses to come forward. CTV has reached out to several people believed to be in the video for more information.

“What people need to realize about racial violence is that when somebody is attacked, it’s not just something that sits with you for a couple days,” she said. “It stays with you for a long time.”