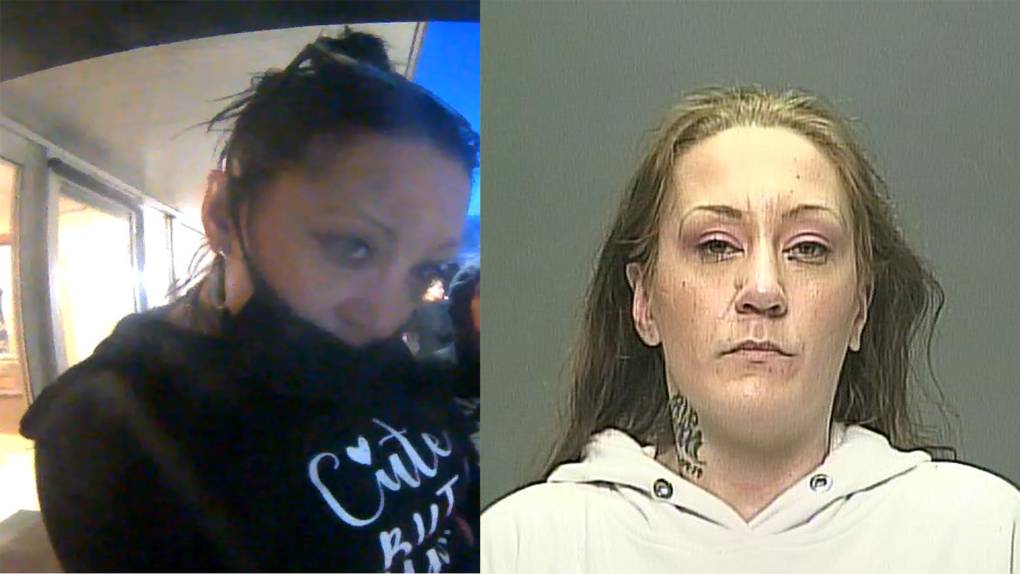 Officers with the Winnipeg Police Service are searching for a suspect who is wanted in two homicides.

On Thursday, police said they issued a warrant for second-degree murder for Leah Carol Clifton, 34, in the death of Doris Lydia Trout, 25.

Trout’s body was found in the common area of an apartment building in the 400 block of Kennedy Street in May.

Police note that Clifton is also wanted for the February 2022 homicide of Heather Beardy, who was found dead in the 400 block of Furby Street.

Clifton’s current location remains unknown and police are asking the public for help in determining her whereabouts. Officers say she is “actively evading police.”

Police describe Clifton as five-foot-six, 140 to 150 pounds and medium build. She has a tattoo that says ‘RIP DEAN’ on the right side of her neck. Officers note she is known to change her appearance, including her hair colour.

Officers are reminding the public that Clifton is considered armed and dangerous and should not be approached.

Clifton is one of two suspects in Trout’s death, with homicide investigators arresting and charging Meagan Leigh Beaulieu, 27, for second-degree murder in the death of the 25-year-old woman. Beaulieu has also been charged with failure to attend court (release order) and failure to comply with a probation order,

The charges against Clifton and Beaulieu have not been proven in court.