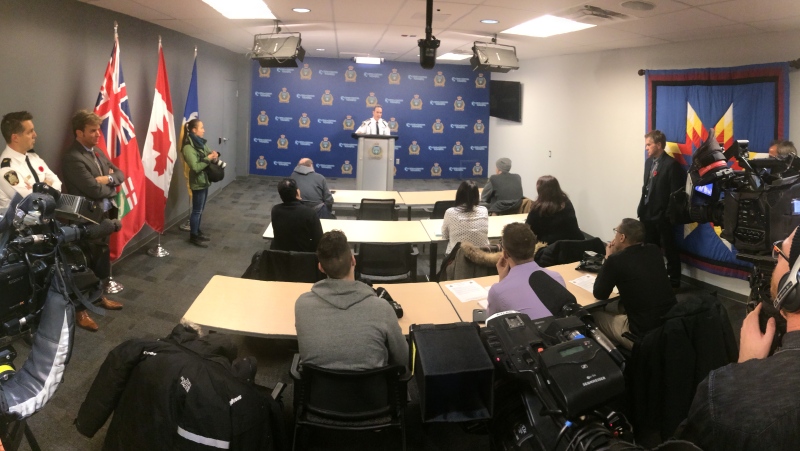 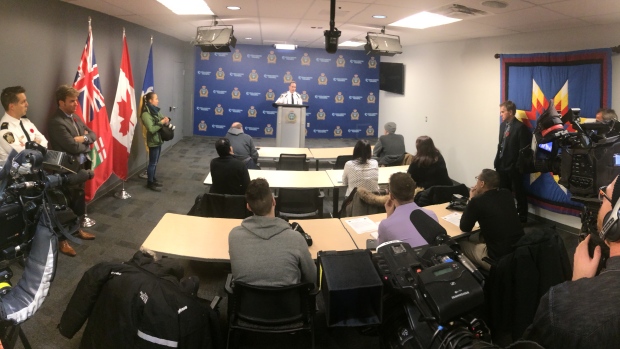 WINNIPEG — The Winnipeg Police Service is going through a rapid reorganization that will see stations close to the public temporarily, officers pulled from a joint task force, and traffic enforcement reduced as police cope with a spike in violent and property crime.

“Every category of violent crime has gone up this past year, with the exception of arson,” said Chief Danny Smyth, with the Winnipeg Police Service.

“We can’t keep scrambling the way we have been,” Smyth said. “We have never had this many homicides in such a short period of time.”

Eleven of the deaths happened in the past month, with two victims who were children.

Smyth said property crime has been reported in every area of the city, and mentioned brazen thefts at liquor and other stores.

Smyth said to deal with a spike in homicides officers have been pulled from integrated projects with the RCMP, including Project Devote — a task force focussed on missing and murdered cases involving exploited victims — and a joint intelligence unit. In total, 74 officers have been redeployed.

Smyth had hinted at the changes earlier in the week in an interview with CTV News, when he said a third shift of officers was being added to the homicide unit.

He also said to assign more officers to general patrol and foot patrols downtown, traffic enforcement will be reduced and the checkstop program will be scaled back, three community police stations will close to the public temporarily, and school-based education programs will be reduced.

District police stations in east, west and north Winnipeg will close to the public temporarily and people who come there will be sent downtown. The hours of service at the downtown police headquarters will also be reduced, to be open between 7 a.m. to 5:30 p.m. daily.

“For those working the frontline, it will be welcome. For those being reassigned, probably not so much,” Smyth said.

He acknowledged his staff for acting quickly to make the changes.

“Normally, changes like this would be contemplated months or years out, not in a week or two.”

Smyth said the changes are needed to address a backlog of cases and the “health and wellness of our frontline officers who have been put under a tremendous amount of strain.”

When asked how he is doing personally, Smyth mentioned “a succession of bad days.”