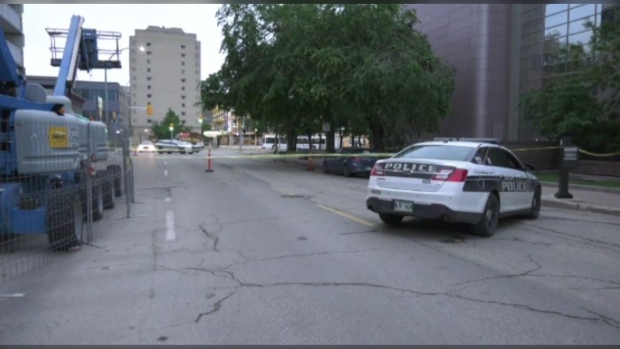 WINNIPEG — Officers with the Winnipeg Police Service are on scene of an incident in the Downtown area, saying the situation will require a police presence for most of Thursday morning.

According to police, officers are currently investigating near Portage Avenue and Colony Street. Images from the scene also show police tape blocking off Kennedy Street, just north of Ellice Avenue.

Police did not provide many details regarding the nature of the incident, but said there was a connection to an incident in the 300 block of Kennedy Street.

– With files from CTV’s Tim Salzen.