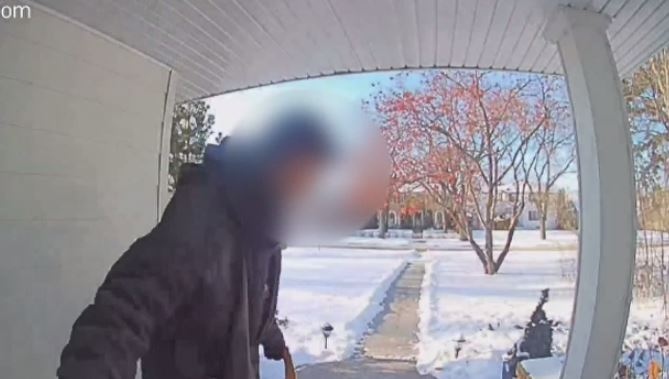 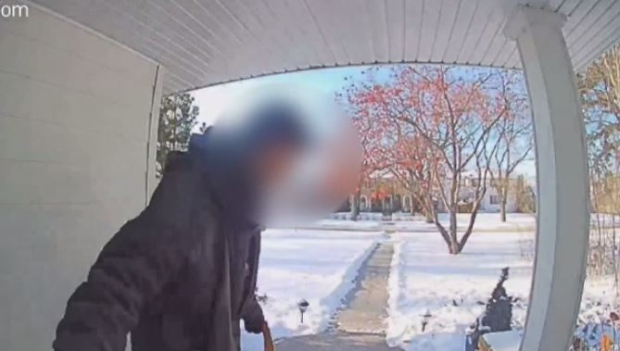 Lori Perdue has been busy this week dealing with Amazon and Purolator after a package was stolen from her doorstep last Saturday.

In the video that captured the theft, a man approaches her home, opens the door and takes a parcel of baking supplies.

Perdue said she received a notification the order had been delivered, but when she searched around the house, it was nowhere to be found.

“Bold my first thought, this is a saturday afternoon in a quiet neighbourghood and the timing I thought he must have been watching the truck.”

Shortly after, Perdue realized she was actually home when the theft took place, and when Purolator had made the delivery just 20 minutes before.

Again, she looked back at her footage said the driver never tried getting anyone to answer the door.

“Didn’t ring the doorbell, didn’t knock, which I actually think the criminal if he was watching would have thought okay they are not home,” said Perdue.

In a statement to CTV News, Purolator said,

“Delivering packages safely and securely is our top priority. Our drivers are required to alert a customer when leaving packages that do not require a signature by knocking on their door or ringing their doorbell. We have been in contact with the customer and we are investigating to make sure all proper procedures were followed in this case.”

Purdue said she called Purolator and they apologized and believes the issue is being addressed.

She said Amazon issued her a refund for the baking supplies.

Perdue now has signs on her door instructing people making deliveries to see if she’s home, but even that isn’t always enough.

Days later, Perdue said another package delivered by a different shipping company was made without attempting to knock or ring her bell.

Again she said, she was home.

Perdue said the frustration with the deliveries has turned into more trouble than it’s worth and has been doing more in-store shopping.

Perdue said since sharing her story with neighbours, some have started ringing door bells or knocking if they see a package left on a doorstep.

She encourages others to be kind and do the same so everyone gets the package they paid for.

READ MORE: ‘They see it. They take it’: Winnipegger finds solution to doorstep package thefts