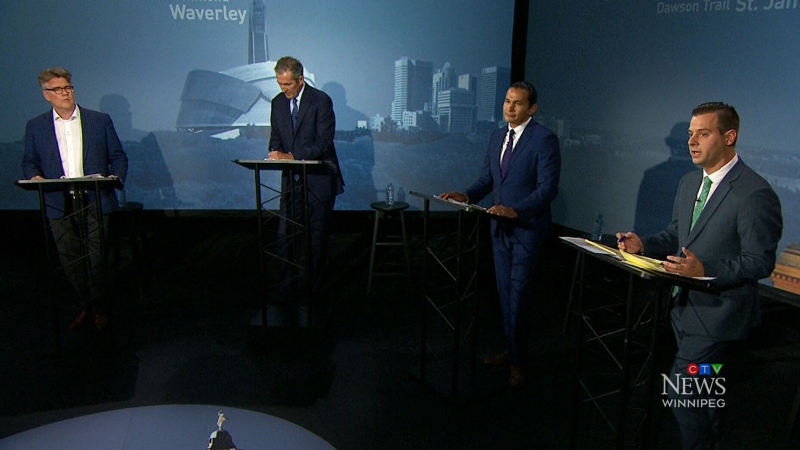 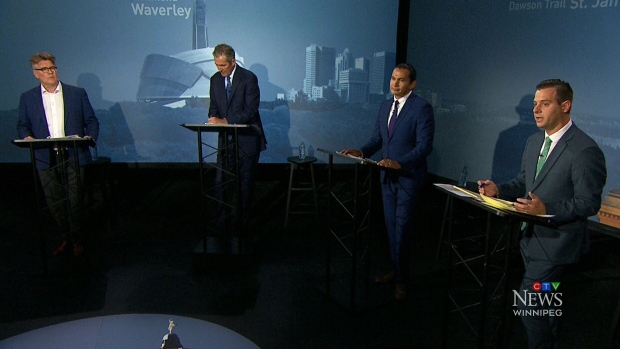 Some Winnipeggers believe Wednesday night’s televised leader’s debate was an underwhelming event with too many interruptions, and say they did not learn anything new from it.

“I didn’t really learn anything new, I would say, that I already heard previously before the debates,” said Kodi Gunther, Thursday.

”It doesn’t make me feel good about voting for anyone when they are interrupting each other.”

Diana Epp-Fransen said she enjoys a good political debate and tuned in to Wednesday’s showdown. She said she was disappointed because the event was a “negative”.

”I was looking to hear more from there platforms but there was a lot of fighting,” said Epp-Fransen.

Some of Winnipeg’s political pundits felt everyone performed fairly well, but no candidate made a breakthrough during the 50-minute televised debate.

“It was a very Manitoba debate, pretty heavy on policy, some small fireworks but generally everything stayed the status quo,” said Mary Agnes Welch, a political analyst with Probe Research Inc.

“There was no knockout punches.”

Political scientist and professor at the University of Manitoba, Christopher Adams echoed similar sentiments, adding that he wasn’t sure the event left something for voters to learn, other than becoming more familiar with each leader.

“I think people got a sense of the character of the four leaders,” Adams said.

Pallister at the center of the debate

While being the leader in opinion polls, Progressive Conservative Leader Brian Pallister was the main target Wednesday.

Pallister said his aim is to cut long wait times and the struggle will be worth it.

Pallister did hit back with a surprise when he said he is on track to balance the budget in 2022 — two years earlier than he initially promised.

You can watch the full debate right here. Manitobans head to the polls on September 10.

-With files from the Canadian Press