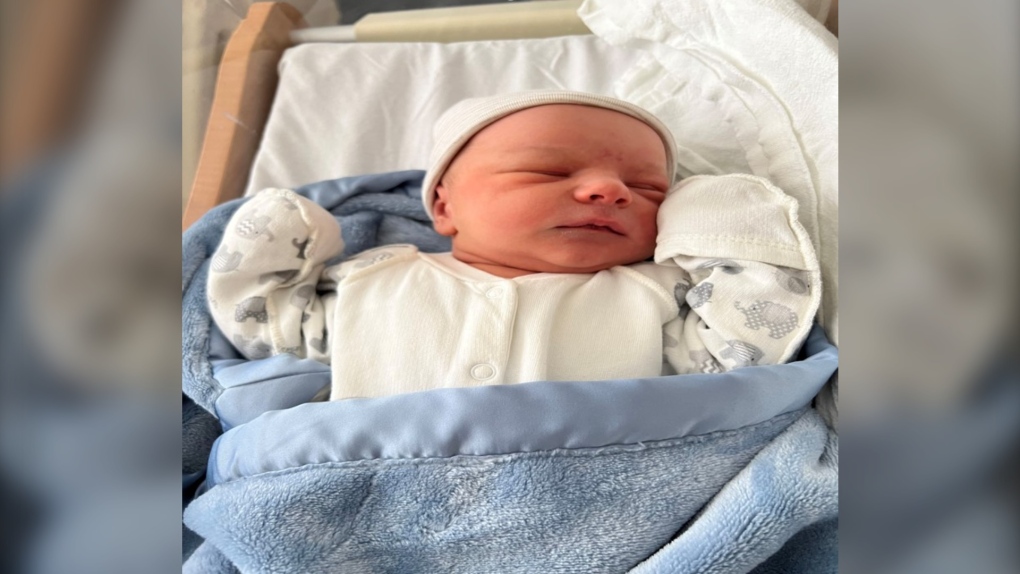 One woman has given birth to a happy and healthy baby boy in Dauphin, Man., just days after she fled Ukraine.

Mariana Chokhan and her three-year-old son arrived in Manitoba on April 7 after leaving Ukraine due to the war. At the time, she was pregnant with a due date of April 11.

“I stayed in Ukraine hoping the war would end as soon as possible, but when I see the stations that it will not be a safe place for me, my family, especially my son and my newborn baby, I decided to arrive to the safer place,” she said in an interview on Tuesday.

Chokhan said she was worried about travelling to Canada so close to her due date, but that she has a strong support system from her relatives in Canada.

“They always connect with me and support me during my trip,” she said, noting that she is thankful for her family.

Chokhan, her three-year-old, and her newborn Marko are currently staying with her relatives in Manitoba. She is hoping to return to Ukraine once the war is done.

Though Chokhan’s husband remains in Ukraine, he was able to be part of Marko’s birth through the magic of modern technology.

“He was present during the delivery of the baby. We FaceTimed,” she explained.

-With files from CTV’s Simon Stones.