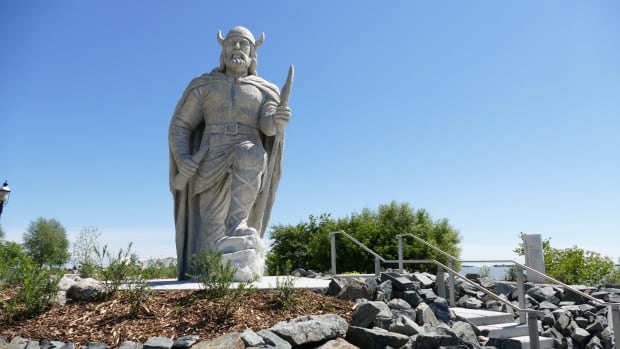 A pair of Manitoba mayors say they’re pleased — but not terribly surprised — to learn their communities have some of the highest rates of COVID-19 vaccinations in the province.

“I want to say a big thank you to the teams, as well as to the people who live in those communities for protecting your communities against COVID,” Dr. Joss Reimer said.

Gimli Mayor Lynn Greenberg said he was not shocked his rural municipality had one of the highest rates of vaccinations.

“The more people that you get vaccinated is what’s going to end its pandemic someday,” Greenberg said.

He isn’t sure exactly why his community has a higher-than-average vaccination rate, but he suspects it has something to do with the population.

“We have a lot of people that are … 65 and older in our community, and those are the people that know it doesn’t look good when you’re that age if you do get COVID,” he said.

When Greenberg became eligible in March for a vaccine, he didn’t hesitate to book his shot.

“Because I’m the mayor and a lot of people come to me in the community, you know, they want to talk to me at the grocery store or the restaurant about municipal issues,” he said.

“I thought the best thing to do is get [the shot] as fast as I could.”

The earliest appointment Greenberg could book was a month away, so that’s when he decided to take a five-hour-plus road trip to get his shot.

“I drove myself to Morden, Man., to get my vaccine,” he said. “When my age came up, I wanted it done as soon as I could get it.”

For a community like Churchill, it’s not so much the age of the population driving the need for vaccinations, it’s the location of the community itself.

“To get the community vaccinated is critically important to the fact we’re an isolated location, and a predominantly Indigenous community as well,” said Mayor Michael Spence.

“Seventy-five per cent at least had the first dose, and almost everyone over 60 who wanted the vaccine has had both the first and second doses,” said Spence.

He says there hasn’t been a lot of vaccine hesitancy in the community.

“A good part of the community is on board with [vaccinations], and … basically staying focused on what’s happening with COVID-19,” he said.

“It’s important that the community respond in a very positive light.”

For Spence, getting vaccinated was a no-brainer, saying he’s already received both of his shots.

“When it comes to vaccination it’s critically important that you take that opportunity, you know. It’s all about healthy communities, and … it’s doing your part.”

Both Churchill and Gimli are popular tourism destinations, but while Gimli has seen an influx of Manitoban tourists, Churchill has seen a drop in visitors.

“Churchill is a leading [tourism] destination within Manitoba, within Canada, so we were hit very hard with the whole aspect of tourism,” Spence said.

“Even with the coming summer, you know, we will again probably be hit with a drop in tourism … the tourism industry is working towards some plans, working with Travel Manitoba … to hopefully see a tourism season, it’s just not looking good.”

Greenberg says Gimli is preparing for another unusually busy tourism season this summer.

“We hope that the people, when they come, they wear masks and they … socially distance.”

He says there will be signs hung up around Gimli explaining the public health protocols, both inside businesses, and along the popular waterfront tourism spots.