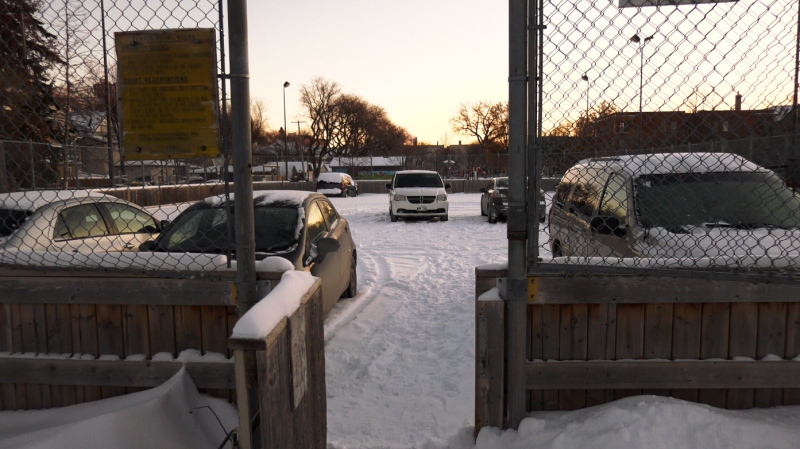 WINNIPEG — The Canadian tradition of strapping on a pair of skates and hitting the rink is on pause for the West Broadway neighbourhood, after a back-and-forth over a city lease agreement forced the community’s skating rink to stay a parking lot.

It came as a big disappointment for West Broadway resident Michael Friesen, when he saw the rows of cars parked in the community skating rink at the Broadway Neighbourhood Centre.

“The community centre here in West Broadway is so active, we need to give the kids and hockey players something to do,” Friesen told CTV News. “The rink in this community centre is really a focal point for the neighbourhood. It’s not a large neighbourhood, but there are so many people here, it gets so much use, and it’s really a bit of a shame for it not to be in use.”

Friesen said he’s been coming to the rink each winter for the past seven years to skate, but this year – he said it doesn’t look promising. 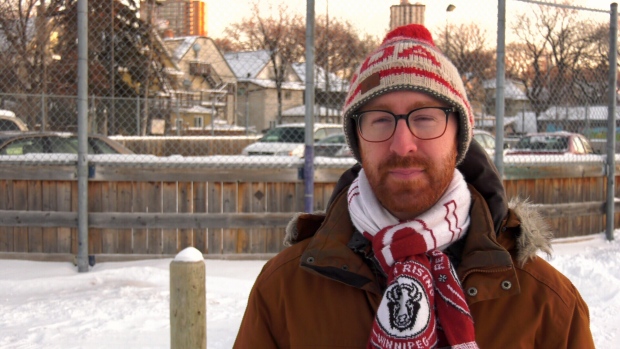 Michael Friesen (Pictured) has been a resident of the West Broadway neighbourhood for around seven years. (Source: Mason DePatie/ CTV News Winnipeg)

The problem is due to a lease agreement with the city. In the past, the city has paid the insurance for the skating rink, while the neighbourhood centre maintains it.

Now the city is restructuring the agreement and is asking the centre to pay for the insurance on the skating rink – a request the centre says it can’t afford.

“It doesn’t make sense – our grant is $120,000 – to spend money on that insurance – like we have our own insurance as it is,” said the centre’s executive director Lawrence Mulhall.

Mulhall said it’s frustrating, because the process is slow moving.

He said in the meantime, volunteers at the centre are being allowed to park their vehicles on the rink.

Fort Rouge – East Fort Garry Councillor Sherri Rollins said the news the rink was not open came as a shock to her.

“This is a very real budget issue to which is forming part of the budget discussion for me,” Rollins said. “Underlying budgetary issue where multiple proposals – including one that’s being acted upon – are disrupting the fundamental understanding that the Broadway neighborhood has with the city and with their center, and my focus is to clear that up.”

Rollins said the rink is a city facility and the neighbourhood centre, which is considered a charitable organization, receives a grant to maintain the rink. This is separate from community centres, which receive funding from the city.

Rollins said she will continue to work with the city and the centre on the issue. 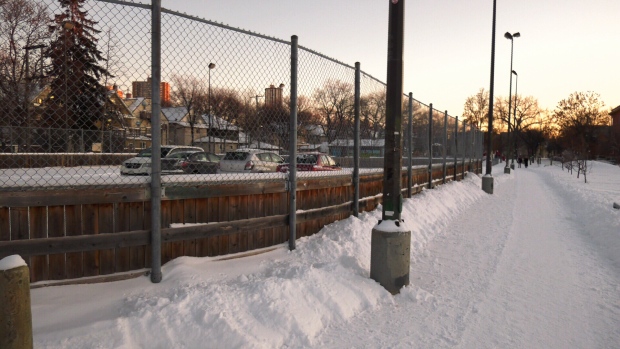 The Broadway Neighbourhood Centre skating rink is being used as a parking lot while the lease is renegotiated with the city of Winnipeg. (Source: Mason DePatie/ CTV News Winnipeg)

As for Mulhall, he said he is optimistic the city will be able to find a solution to the lease agreement and residents will be gliding on the ice in just a few short weeks.

Friesen said he hopes the rink is up and running soon, but he’s not holding his breath.

“I will believe it when I see it.”

-with files from CTV’s Mason DePatie